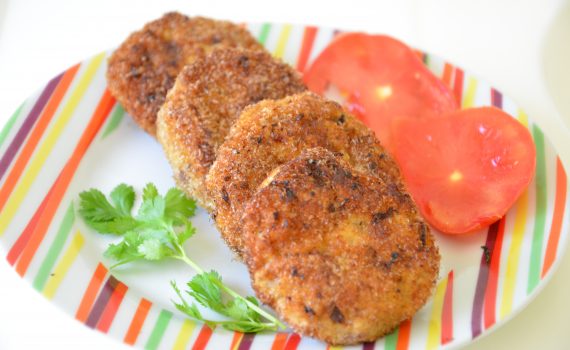 
Here’s a High Protein, Low-carb recipe of Chicken cutlets with no potatoes. To make it crispy and still keep it low-carb, I have used Psyllium husk to coat the cutlets before frying.

Now psyllium husk is a commonly known as Isabgol in India. It has been used for ages to treat constipation. It is now becoming popular as a low carb addition to foods.

These can also be frozen after frying and can be used later as such or as a filling inside wraps/ sandwiches/burgers.