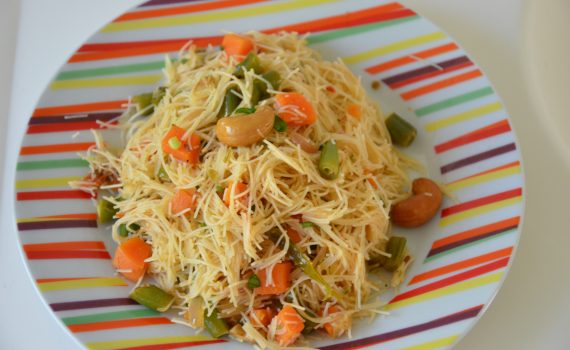 
Gluten is a protein found in wheat, rye, barley, triticale and in some cases oats. Gluten is commonly blamed for gut symptoms experienced by people with irritable bowel syndrome (IBS). However, recent research suggests that the carbohydrate component in wheat, rye and barley is more likely to be the cause of the problem (part of a group of foods known as FODMAPS.A gluten-free diet allows bowel healing and symptom improvement in people with coeliac disease.

Tawa vermicelli pulav is a recipe using the rice noodles found in the Asian section of the grocery store and the pav bhaji masala. I prefer using rice vermicelli instead of the more commonly used  wheat vermicelli. It’s a tasty and unique dish to take in the lunch box too. The pav bhaji masala gives a very different flavour to the dish. 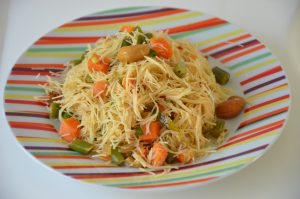